In My Honest Opinion 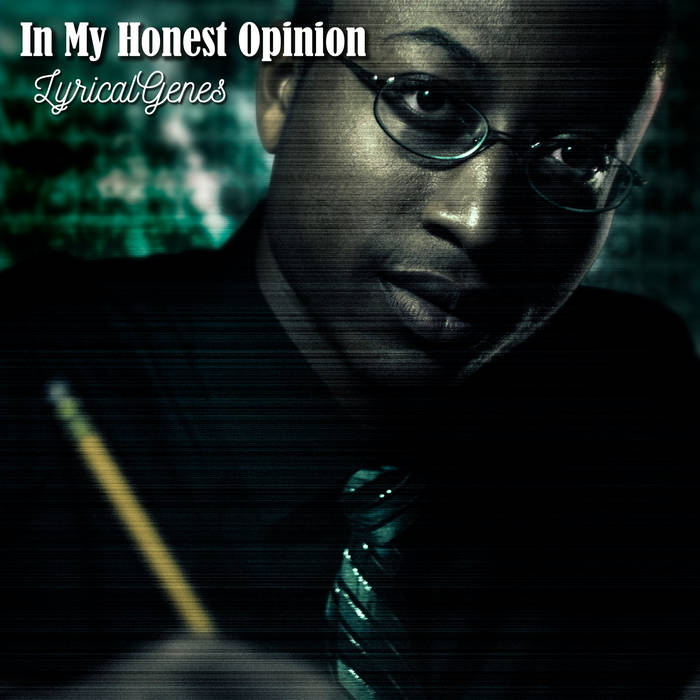 Boyz II Business Entertainment on behalf of LyricalGenes presents, 'In My Honest Opinion'. Although this is LyricalGenes’s second overall album, this is his first album released through his record label, Boyz II Business Entertainment. The album will be released on February 1st, 2020. Dana Burtin’s (LyricalGenes) second album uncovers the truth in the industry by preaching about the highest highs and the lowest lows an artist will go through. For example, LyricalGenes starts off his album with adrenaline pumping songs with lyrics that prevail amongst current rap and hip-hop competition.

First, LyricalGenes compares certain aspects of the music industry to the “Wild Wild West", along with other tracks like: “Passion", “Introduction”, and on his metaphorical Forrest Gump song, “Run DJ Run”. (LyricalGenes’ music video for “Passion” is Cleveland State University’s sports theme song directed by frequent collaborator, Dom Mann Productions and frequent beat producer Josh Karban (JxK). After listening to these songs, it is self explanatory as to where LyricalGenes is coming from.

Moreover, LyricalGenes uses Faith Evans' vocals on his song, “Reasons Too” to slow down the overall feel of the album. Explaining how LyricalGenes’s actions, at times, go without reason for the benefit of his record label, Boyz II Business Entertainment.

In addition, Dana Burtin continues his theme of slow songs by adding his track, “That’s My Style.” “That’s My Style” shows LyricalGenes’ appreciation and respect for women, so much so, that he carefully makes this the theme in his hook.

On LyricalGenes’s 8th track, we have “Need It.” “Need It” is a reflection of LyricalGenes’s early life to the present. Expressing his life after high school graduation (Notre Dame-Cathedral Latin HS) and turning down college track offers in order to focus on music, LyricalGenes gets very personal on this track. With this being said, LyricalGenes mentions his father and how he uses pain to his advantage by putting his current emotions in his songs.

Next, Dana Burtin reveals the official audio to Cuyahoga Community College’s (Tri-C) basketball theme song. Preaching a message of “loyalty over royalty,” LyricalGenes delivers a straight-forward message for his listeners. From the beginning, LyricalGenes states, “Don’t let no one tell you, what you can and cannot do.” The listener can already gauge the emotion behind the song. Furthermore, in the next verse, LyricalGenes states, “100 ways to get it? Well, we got 105! Who’s going to take the last shot when you’re down by five. You have a future ahead of you, so you’re careers on the line. Who do you trust around you, when you have one last shot?” Encompassing a play on words, using basketball’s buzzer beater shot as a metaphor for career longevity, making that line catchy yet powerful to the listener.

“Rather Be In Private” is LyricalGenes’s 10th track off of his album, In My Honest Opinion. The title itself explains the overall message of this song; however, Dana Burtin throws a plot twist in the mix by adding God as a featured artist on the song. LyricalGenes has a powerful conversation with God about humanity and suffering that everyone can learn from.

Lastly, we have “Motivated.” With beat producer Josh Karban (JxK), “Motivated” is the 11th track on LyricalGenes’s album and he certainly ends it with an uplifting bang. From a catchy hook, to aggressive, uplifting lyrics, and wordplay, “Motivated” may be the last song on the album, but it certainly does not devalue his message.

Dana Burtin is an author, poet, model, actor, and musician performing under the moniker "LyricalGenes".

Bandcamp Daily  your guide to the world of Bandcamp